There is no such thing as decentralized governance.
- Lawrence Lundy-Bryan

Certification authorities, when built and managed properly, can bring security and trust to online spaces. The City of Osmio brings duly constituted public authority to the CA role. 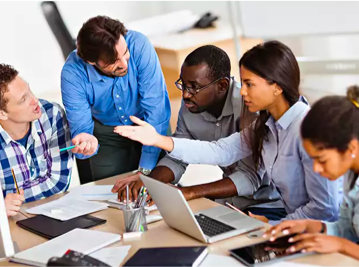 But Osmio is different from other CAs:

Does Centralized Authority Make You Nervous?

Here's how the City of Osmio does it right. 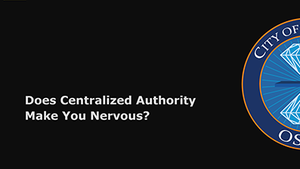 A coalition of time-tested ideas brought together to rescue our information infrastructure. 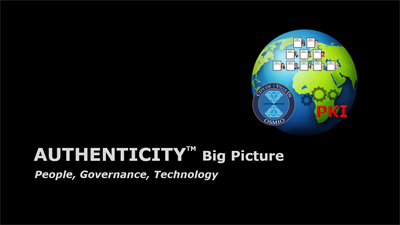 It's critical to our trust in identities. Here's what it means and how it happens.

PKI: The heartbeat of Authenticity 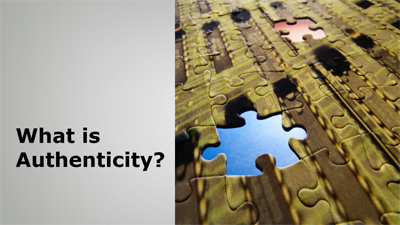 Back to the future

An ancient and respected concept retooled for the digital age. 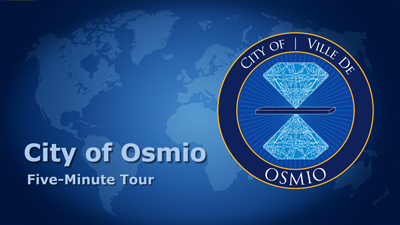 Osmio's authority comes directly from YOU

With Facebook and Google and Microsoft and Apple and government spy agencies and botnet builders each trying to take over the world, we need a way to ensure that you, the individual computer and phone user, control information about yourself - and also the system that manages that information.

The decentralized identity community has made great strides toward that objective. But decentralization leaves relying parties with a need for authoritative support for claims of identity. As Christopher Allen and others point out in their paper Decentralized Public Key Infrastructure, "The design of X.509 PKIX also permits any of about 1200 CAS around the world to impersonate any website. The problem is the proliferation of certification "authorities" where the "authority" part may not have any basis in fact.

Will a totally decentralized system, with a verifiable claims infrastructure taking the place of the certification authority that takes legal responsibility for attesting to identity claims, result in truly verified claims? We feel that such a "collegial" system is subject to corruption by groups of individuals in collusion, when there is something worth colluding about - like money. Additionally, there exist concerns about the scalability of distributed DPKI systems that use the same mining schemes to ensure integrity as cryptocurrency blockchains that have run into Inherent banters to growth.

The City of Osmio is a certification authority. The PKI that Osmio serves is based completely on identity certificates. Objects, such as websites and servers, are digitally signed by the private key of Individuals who take responsibility for their content and operation. The City of Osmio imports very old concepts from the physical world, starting with the notion of governance by the governed. If you carry a credential issued by the City of Osmio Vital Records Department, then you are an owner of the City of Osmio. You are invited and encouraged to participate in its governing commissions.

Does Centralized Authority Make You Nervous?

The Right Way To Certify