An Historic Day for the City of Osmio

On September 12, 2017, seven representatives of The Authenticity Institute gathered in Geneva to conduct a formal ceremony to create Osmio's root certificate and key pair.

A key ceremony has the goal of not only creating sensitive key material, but to reach an overwhelming consensus that it was generated in a cryptographically secure manner and in such a way that no one could have made unauthorized copies.

As the foundational ancestor of all derivative keys and certificates, Osmio’s Root Private Key was created using a meticulous and extensively documented procedure, including safeguards such as manufacturer confirmation of software integrity, offline execution of the process, two-person confirmation of each command, and destruction of all equipment.

Also created were four intermediate certificates signed by the root private key, to be used in the operation of Osmio’s Certification Authorities. The root private key itself is stored nowhere, existing only as shares distributed among the signatories. Any three shares can be used reconstitute the root key, if that ever becomes necessary.

The ceremony script, a continuous video and screen capture of the ceremony, and the signatories’ affidavits signed immediately afterward are on file in the City of Osmio’s Vital Records Department, as a permanent and public record of the process that created the cryptographic foundation of its duly constituted public authority.

Summary of the Ceremony 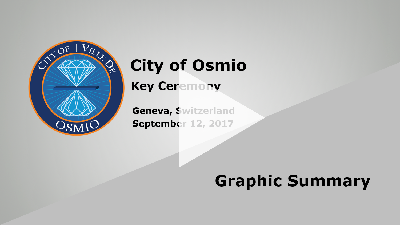 You may enjoy the equipment destruction at the end! 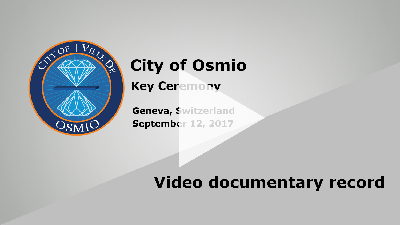