Osmium holds up to pressure better than any other known substance.

The City of Osmio’s PKI-based facilities stand up to the pressure of cyber assault better than any other known infrastructure.

Osmio is the Italian word for Osmium, an elemental metal.

Osmium is unique. Of all the substances on Earth, Osmium is the least susceptible to distortion by pressure.

Years ago, a large software firm embarked upon a plan to build a more secure personal computer architecture that would, among other things, provide online identity credentials that its customers could use for "single sign on" – letting them use any of a multitude of online resources after signing in once, using a single password.

The plan was called Palladium.

With years of experience in the online services business, Wes Kussmaul liked the goal of Palladium but thought there were better ways to reach its goal. Beyond Palladium became the working title of his book on the subject. To help convey the idea, the author went in search of a substance that is better in some important way than the elemental metal palladium

As it happened, a group of researchers at Carnegie Institute of Washington had just discovered experimentally that Osmium is the stiffest material ever measured, much stiffer than palladium. Thus the "beyond palladium" system described in the book became “The Osmium Standard.” This image, from the experiment, was chosen for the book's cover.

Of course, one cannot expect such a beautifully illustrative metaphor to last. The big software company changed the name of its secure computing project from "Palladium" to "Next Generation Secure Computing Base" before it was dropped altogether. But the cover image remained on the book, whose title became Quiet Enjoyment.

While he was writing Quiet Enjoyment, Kussmaul was introduced to Alexander Ntoko, the head of the e-Strategies Unit at the ITU-D, whose World e-Trust Initiative, like The Osmium Standard, was based upon the principle of building authenticity through the use of PKI tools. That led to contacts at the International Union of the Latin Notariat, where he made the acquaintance of Ugo Bechini, a leader in the application of PKI technology in notarial processes. Through Mr. Bechini, Kussmaul learned about the exemplary ways in which notaries in Italy are using smart-card-based PKI to actually record deeds online every day in a working, highly practical, and highly secure system.

Since Italy had led the way in actually applying the basic idea of The Osmium Standard to establish authenticity in the important field of real estate deeds, it is only fitting to name our “Authenticity City” after the Italian word for Osmium – Osmio.

More about this picture 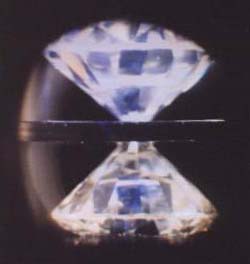